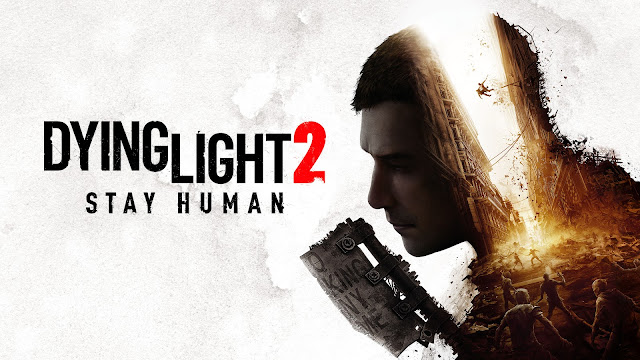 You could fluently spend 30 odd hours in Dying Light 2's opening area and walk down satisfied, without indeed realizing there's another larger chart to seek out and explore. So, yeah, it's big. Tech land may have shocked at the bad response to their pledge of 500 hours to 100 everything but it's absolutely that game. The plant snappily repealed, saying you'll clear the story and side operations in about 80 hours, which matches my final completion time for the crusade and a variety of side stuff. Indeed completing it with a varied knob of stuff under my belt, and having seen plenitude, I still desire I slightly downsized it in places. As I still mop up and explore, there are bits of foggy chart I even have slightly touched.
it is a game also and, for the utmost part, an honest bone. There are some issues I will be able to get to latterly but nothing that puts me off recommending it. It's an pleasurable open world zombie game that realizes that core fantasy well as you are trying to survive its cadaver overran megacity exploring, seeing what you'll find, learning operations at arbitrary, and-when all hell breaks loose- making split alternate fight or flight opinions as you run through thoroughfares filled with undead. When the tools and chops you unleash click you'll enter a aggregate inflow state- rotating on a footfall to avoid peril or springing from rooftops without looking down, confident you'll fix the difficulty before it's too late. Effects sort of a paraglider allow you to soar across structures, while a grapple hook are often slung call at a twinkle to swing across gaps with slightly a study. When it all falls into place you'll just kind of awaken blinking at the top of a charge not entirely sure how you bought through it.
Combat can have moments like these too, especially once you nail wiles and blocks. But the system is muddied in themed-to-late story by too numerous adversaries layering too numerous attacks. At the beginning it's each about using blocks to stun opponents and vault over them to unleash a ruinous two-footed kick that provides Deathloop some competition- adversaries crunch into walls or fly from rooftops, to soar for a many beautiful parabolic seconds until the bottom gets involved. the whole first half's fighting is formed by staying for the right moment to hoof adversaries into oblivion. Latterly, however, mortal opponents increase in figures and that they start to feint attacks, add in unblockable strikes, and attack at range with curvatures. These layers snappily overwhelm in larger hassles and therefore the beautiful perfection of lower road frays becomes further of a hopeless crush to realize control. Where your adding free running chops constantly feel more empowering, I oddly plant combat against the living frustrating the further I came , despite growing power and chops.

Overall, however, day to day actuality within the world is sweet , with plenitude to get throughout the chart. Still the story, characters and your capability to impact any of it's less emotional. Only a many of us have any memorable presence or seductiveness, for illustration, while the jotting is each over the place in terms of quality ( conceivably thanks to the junking of an enormous name pen after importunity allegations). There are plenitude of questionable performances, especially with side hunt characters delivering lines that appear to noway are read aloud until they were recorded-odd expressions and vocabulary choices that presumably looked fine in print but sound weird and unnatural off the lingo. (Both" dying light"and"stay mortal"are worked into discussion at one point for suckers of people saying the title of the thing'.)


tons of character commerce feels disconnected from the sport also , or unaware of what could be on the screen when it had been said- attesting effects verbally instead of visually. When asking to assist a lady she incontinently replies"To help with what? My poverty? My drinking problem?". There are tons of strange moments like this where characters clumsily switch unprovoked backstory into an easy cost request. I can't tell if it had been rushed or written around rudiments of the sport that would not be changed. it is from ruinous but can break absorption and regularly seems like you're meeting theme demesne players reciting lines to stay the show moving instead of real people living during a world.

there's also a scattering of oddsemi-misogynistic, sexist dialogue; just really weird stuff that seems like no women were present for a way check. Someone calls a womanish character a"Vagina dentata"as an personality at one point, displaying a spectacular lack of understanding of the expression. Unconnected, but there's also a full on conception magician goddess character, with the face makeup and accentuation, for no clear reason.


it is also relatively disappointing to get that your choices and conduct really have veritably little impact. the first pitch was that everything you probably did would have ramifications-the world would grow and alter radically consistent with what you probably did in it. What actually happens boils right down to unleashing indigenous installations like water halls or electrical substations and selecting who gets them reciprocally for upgrades. Give stuff to the Police, called Peacemakers, and you'll add traps and munitions to the thoroughfares, while the standard survivors add parkour aids like ziplines and jump pads.

From comparing notes with other players there only seems to be a sprinkle of slightly different issues-there is where no' stay you probably did what?!' moments, bar one exception. A many early minor side operations play out else and provides the print of meaningful options, and a few characters sometimes reappear to point out they're alive or tell you ways completely different effects are now, but, for the utmost part, there's no big changes which will see people picking piecemeal what they did else.