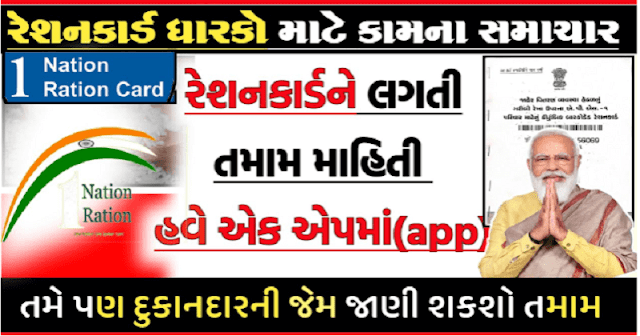 What is Mera Ration App?

The new Mera Ration mobile app has been introduced to enable ration holders to avail ONORC-related services. With this app, beneficiaries will be able to identify the nearest fair price shop and check their entitlement and recent transaction details. Developed by the National Informatics Center (NIC), the app is currently available in English and Hindi languages. The government plans to roll out the app in 14 different languages, depending on where the migrants mostly go.
In order to facilitate the ‘One Nation-One Ration Card’ system in the country, the government has launched ‘Mera Ration’ mobile app to benefit citizens in identifying the nearest fair price shop. This app will benefit especially those ration card holders who move to new areas for livelihoods. The app is developed by the government in association with NIC “to facilitate various “One Nation-One Ration Card” related services among the National Food Security Act (NFSA) beneficiaries, particularly migrant beneficiaries, fair price shop dealers and other relevant stakeholders.

Mera Ration App: How to Use

To avail the new Mera Ration mobile app, users have to check whether their ration card is active or not (via the official website of the Food, Civil Supplies and Consumer Affairs Department of the state in which they reside). After checking the status they can follow these simple steps

What are the benefits of this Mera Ration Mobile App ?Easy log-in facility through Aadhaar number or ration card.

To use the Mera Ration mobile app, individuals have to first ..

Mera Ration Mobile App Under the National Food Security Act, the government provides foodgrains to more than 81 crore people at a subsidy of Rs 1-3 per kg through the public distribution system. 32 States and Union Territories across the country have been linked to the One Nation One Ration Card scheme and the scheme will soon be implemented in other states as well. The deadline for One Nation One Ration Card scheme to be implemented across the country is 31 March 2021, but Delhi, West Bengal, Chhattisgarh and Assam are yet to implement the scheme.

2. What is the use of Mera ration app?

3. What is the name of the mobile app launched by the government to Facility One nation one ration card?

Ans. The central government of India has introduced a unique ration card mobile application named “Mera Ration App” in order to promote the “One Nation One Ration Card” scheme all over India. This app provides benefits to those people who possess ration cards and are migrants.

4. What is the full form of PDS reference to mobile app?

Ans. EPDS - Electronic Public Distribution System - The objective of EPDS is to provide improved transparent services to the poor while maintaining seamless processes for the Government.
You May Also Like these Mods :